Female Sea Turtles that were born on the white sandy beaches always come back to nest on white sandy beaches. The beaches are white because they are primarily made up of quartz with very little or no shell deposits in them. When you walk on this sand, it sings to you or squeaks. This is a treat. The sea turtles’ tracks on this sand show up differently than on other darker sand beaches. Because the sun reflects off this white sand the sand does not get as hot as darker beaches, this fact also effects sea turtles. The number of days it takes for the eggs to hatch are longer than on darker beaches and because the temperature of the sand effects the sex of the hatchlings, this means that these white sandy beaches produce more male sea turtle hatchlings. The fact that the ones hatched on these beaches come back makes it our duty to protect these wonderful creatures in any way we can. The Loggerhead sea turtle that has hatched on these white sandy beaches is a sub population of the worlds Loggerheads and there are not many left. Sea turtles as a group have been on our earth since Dinosaur time.

SEASON: MAY 1st UNTIL OCTOBER 31st

Sea Turtles have long called this white sand beach their home. Females return every two years to nest. These animals deserve our respect and consideration. Share the beach by leaving it clean of debris, no chairs, tents, umbrellas, fences and no holes or hills of sand that could obstruct her path to a safe nesting site. In late summer and early fall when the hatchlings begin to emerge, turn off lights near the beach that may disorientate the turtles’ crawl to the surf. Walton County has ordinances in place to protect these threatened and endangered species: Turtle Lighting and Leave No Trace.

The Green Sea Turtle and Loggerhead are the two most common species that nest on the beaches in our watch area. 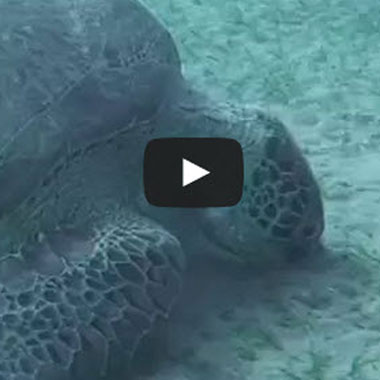