Here is nest 15. It’s a loggerhead nest that was laid in Sandestin. The nest was found the night before by Erica after she was called by the sheriff’s department. It was a good thing they were able to reach her and that she was able to respond. We’re told there were probably 30 to 40 people on the beach watching this poor sea try to make her way back to the water after laying her eggs. All of the activity completely covered her tracks so had Erica not marked the nest that night it would have been extremely difficult, if not impossible, to locate the nest at dawn. 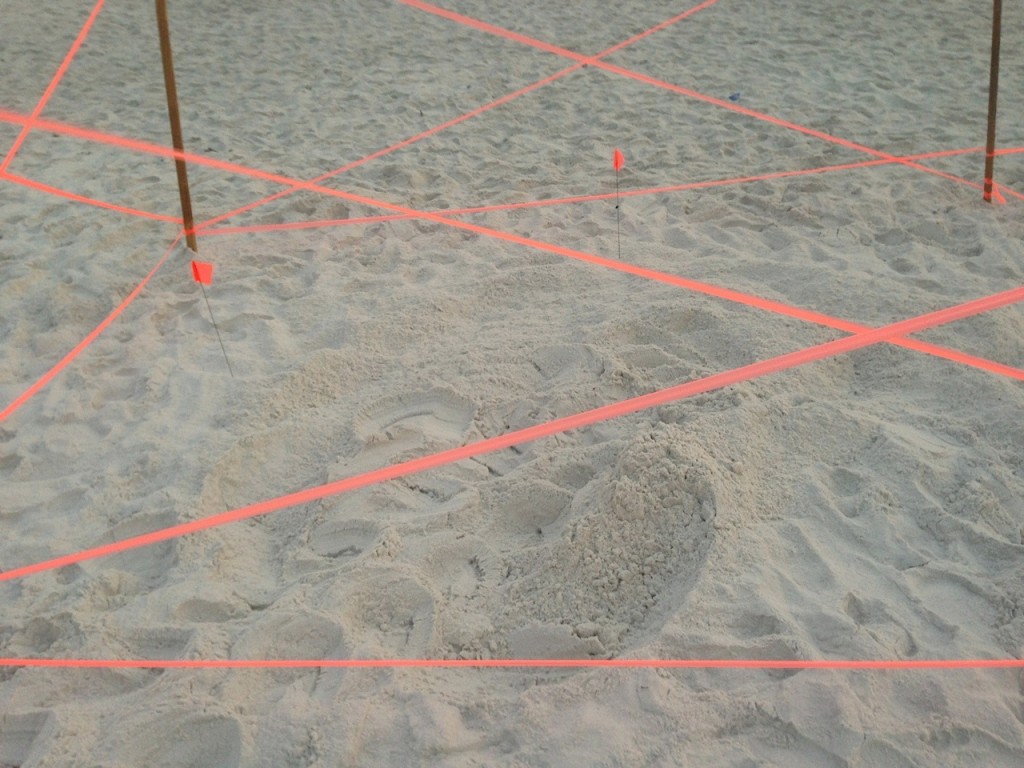 Jeff from code called me about 10:45 that there was a crowd around the nest at Sandesin so I called Erica who went with cooler to check it out. She found a Florida water turtle near the nest and then checked the nest and found hatchling heads starting to stick up through the sand. She called me and then waited, We knew with the crowds at Sandestin and the lights someone needed to be there. The nest did hatch in a big way and hatchlings went straight back toward Elephant Walk and to the lights on the buildings to the West. With the help of Alice from the sheriff dept. and a family interested in sea turtles, who had their own red light emitting flashlights, they put the hatchlings into the cooler. Erica and Alice took the hatchlings to a darker beach for release, Matt checked the nest later and got 4 more hatchlings for the release. A great hatch for our Sandestin nest.