Was found by Eden Cooper a loggerhead below 201 Highland Ave., the 4th house east of the Stallworth walkover. At first she thought it might be a crawl left over from the day before because the crawl was getting so close to disappearing. It was a short crawl and the tracks were washing out from all the rain. Good work Eden with the watching for tracks. 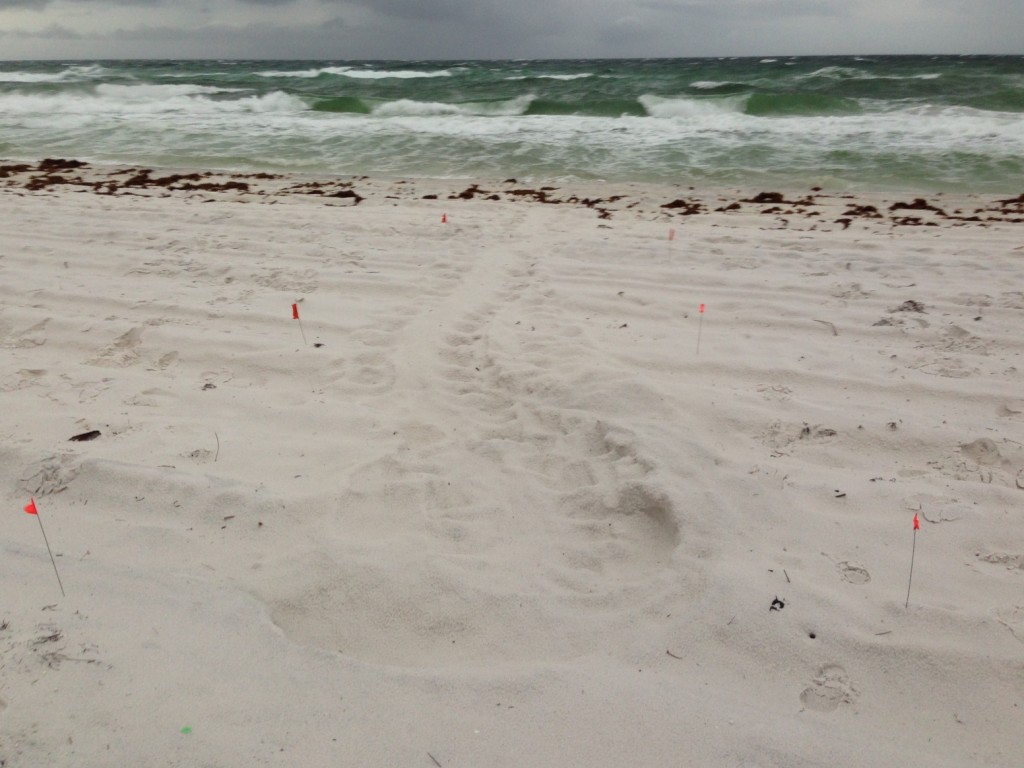