was found by Laci on 6-14-2014 a Loggerhead in the Miramar area by the gazebo east of Whales Tail, egg had to be moved as
they were covered by water. Hope we got them soon enough 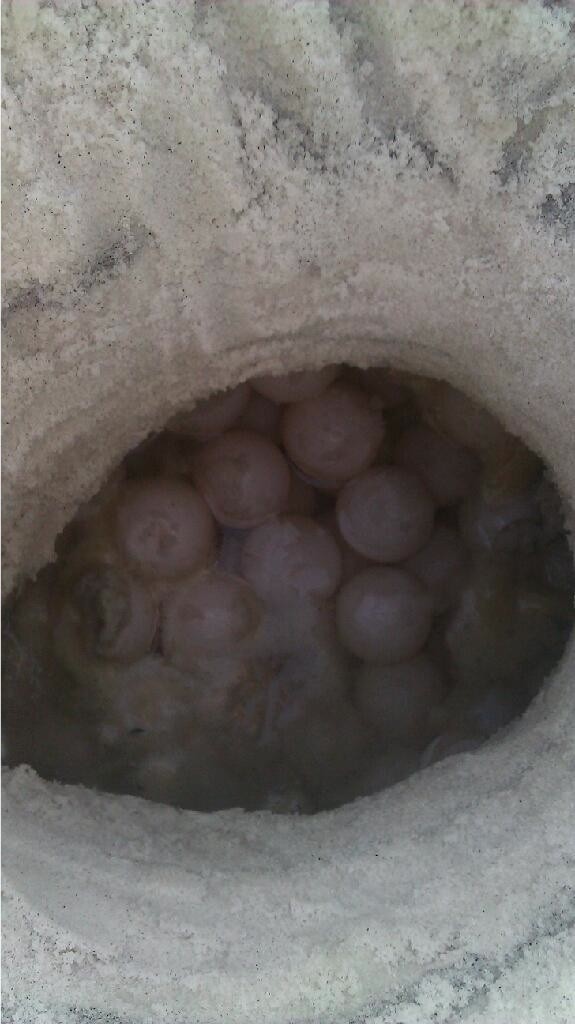 UPDATE!!
Nest #10 has hatched and been dug