Loggerhead nest in front of Tranquality in Seacrest Nest #12. Photos to follow and we had such a celebration at Tranquility By the Sea. A vacationer found it and was so excited, she woke her parents and we will have photos posted of a nest party! First year walkers, Jim and Tosha were at both nests with us, learning the ropes and have high hopes of finding their own nest tomorrow on their walk. (I even heard talk of them walking more than 2 days a week!) 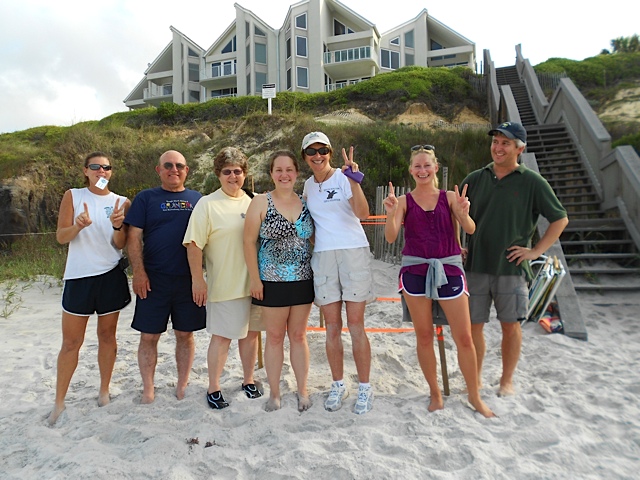 UPDATE:
Nest #12
We had a bit of crowd at nest 12. The family who watched it hatch were there. They were full of questions. After we were done with the nest and everyone left, 3 young folks came up to tell us the ‘real’ story about the hatching. They said it was a mess and everyone had white flashlights all over and they were chasing after turtles and ran to get their nets to catch the turtles out of the water! The young folks said they called the number on the post and couldn’t get anyone. They called the sheriff who got there after everyone was gone and of course, done.

I don’t know why the sheriff didn’t call you.
I called both numbers on the post for FWC and they both are good numbers. I was NOT CALL, PLEASE PEOPLE RESPECT SEA TURTLES, AND YOU ALL WHO LOVE SEA TURTLES UNITE AND LET’S STOP THIS MADNESS